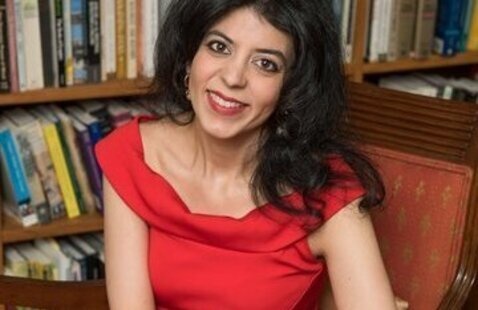 Priya Satia is the Raymond A. Spruance Professor of International History and Professor of History at Stanford University in California. Her latest book is Time’s Monster: History, Conscience and Britain’s Empire (Belknap HUP/Penguin Allen Lane, 2020). Her previous book, Empire of Guns: The Violent Making of the Industrial Revolution (Penguin/Duckworth, 2018), won several prizes, including the American Historical Association’s Jerry Bentley Prize. Her first book, Spies in Arabia: The Great War and the Cultural Foundations of Britain’s Covert Empire in the Middle East (2008), also won multiple prizes, including the American Historical Association’s Herbert Baxter Adams Prize. Her academic and popular writing has appeared in American Historical Review, Technology & Culture, Financial Times, Slate, and The Nation, among others.

This event will be live streamed.

This event is being conducted both in-person and virtually. As the host, Mount Holyoke College reserves the right to record this session and the event sponsors will give prior notification to event participants of any intention to do so. The recording feature for others is disabled so that no one else will be able to record this session. At all times, no recording by any other means is permitted without prior written permission from the event sponsor or as an approved accommodation.