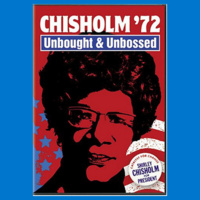 In accordance with Mount Holyoke's current response plan for COVID-19, this event has been canceled.

Join us to view the documentary which focuses on the national movement former Mount Holyoke College Professor Shirley Chisholm created when she sought the nomination for the presidency.

Shirley Anita St. Hill Chisholm was the first African American woman in Congress (1968) and the first woman and African American to seek the nomination for president of the United States from one of the two major political parties (1972). Her motto was that she was “Unbossed and Unbought”. She was an outspoken and radical advocate for women and minorities during her seven terms in the U.S. House of Representatives.