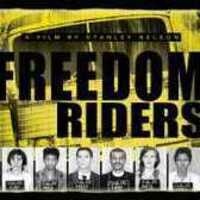 Freedom Riders is the powerful harrowing and ultimately inspirational story of six months in 1961 that changed America forever. From May until November 1961, more than 400 black and white Americans risked their lives—and many endured savage beatings and imprisonment—for simply traveling together on buses and trains as they journeyed through the Deep South. Deliberately violating Jim Crow laws in order to test and challenge a segregated interstate travel system, the Freedom Riders met with bitter racism and mob violence along the way, sorely testing their belief in nonviolent activism.

From award-winning filmmaker Stanley Nelson (Wounded Knee, Jonestown: The Life and Death of Peoples Temple, The Murder of Emmett Till) Freedom Riders features testimony from a fascinating cast of central characters: the Riders themselves, state and federal government officials, and journalists who witnessed the Rides firsthand. The two-hour documentary is based on Raymond Arsenault's book Freedom Riders: 1961 and the Struggle for Racial Justice.