“Beyond Possible: How the Hearing Voices Approach Transforms Lives” 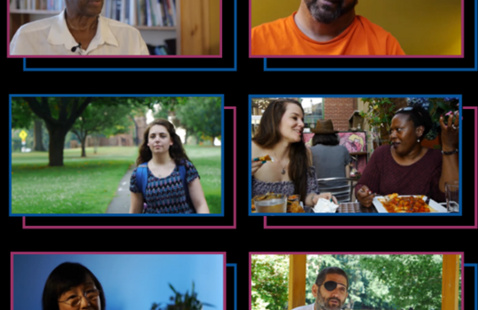 The Hearing Voices approach was born in the Netherlands of a collaboration between a voice hearer, Patsy Hage, a psychiatrist, Marius Romme, and a science journalist, Sandra Escher. Together, they realized that systems of support that assume illness and seek to get rid of all such unusual experiences often fail to help people in distress. They sought to build an alternative. Some decades later, the resulting approach has finally begun to gain momentum in the United States.

This screening will be followed by a panel discussion with filmmakers and individuals featured in the film.

Free and open to the public.

-the departments of Psychology and Education, Sociology and Anthropology, and Gender Studies
-the programs in Critical Social Thought and Film Studies
-the Peer Health Education and Alcohol and Drug Awareness programs

And: the Amherst College Department of Anthropology – Sociology; the Five College Program in Culture, Health, and Science; and the Western Massachusetts Recovery Learning Community.

This film was produced through funding from the Foundation for Excellence in Mental Health Care.