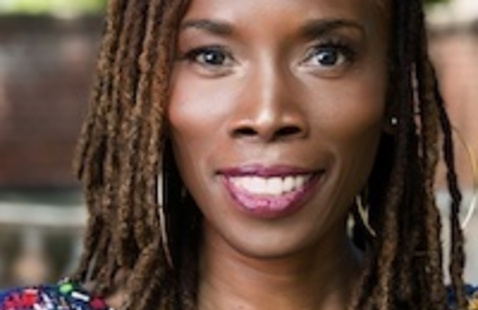 Dr. Thema Bryant is the incoming president-elect of the American Psychological Association, the leading scientific and professional organization representing psychology with more than 120,000 members (apa.org).

Dr. Thema Bryant completed her doctorate in Clinical Psychology at Duke University and her post-doctoral training at Harvard Medical Center’s Victims of Violence Program. Upon graduating, she became the Coordinator of the Princeton University SHARE Program, which provides intervention and prevention programming to combat sexual assault, sexual harassment, and harassment based on sexual orientation. She is currently a tenured professor of psychology in the Graduate School of Education and Psychology at Pepperdine University, where she directs the Culture and Trauma Research Laboratory. Her clinical and research interests center on interpersonal trauma and the societal trauma of oppression. She is a past president of the Society for the Psychology of Women and a past APA representative to the United Nations. Currently she serves as the elected Vice President and Racial Equity Officer for her neighborhood council in Los Angeles. Dr. Thema also served on the APA Committee on International Relations in Psychology and the Committee on Women in Psychology.

The American Psychological Association honored her for Distinguished Early Career Contributions to Psychology in the Public Interest in 2013. The Institute of Violence, Abuse and Trauma honored her with their media award for the film Psychology of Human Trafficking in 2016 and the Institute honored her with the Donald Fridley Memorial Award for excellence in mentoring in the field of trauma in 2018. The California Psychological Association honored her for Distinguished Scientific Achievement in Psychology in 2015. She is the editor of the APA text Multicultural Feminist Therapy: Helping Adolescent Girls of Color to Thrive. She is one of the foundational scholars on the topic of the trauma of racism and in 2020, she gave an invited keynote address on the topic at APA. In 2020, the International Division of APA honored her for her International Contributions to the Study of Gender and Women for her work in Africa and the Diaspora. Dr. Thema has raised public awareness regarding mental health by extending the reach of psychology beyond the academy and private therapy office through community programming and media engagement, including but not limited to Headline News, National Public Radio, and CNN.