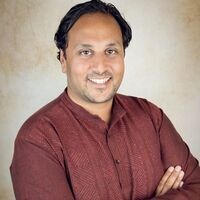 The post-9/11 era in the U.S. has exposed a significant degree of prejudice and bigotry towards Muslim people. More recently, as a result of the 2016 Presidential election, broad vilification of Muslims has served political agendas resulting in calls for bans, registries and other civil liberty threats to the lives in Muslims in America. In addition, there have been dramatic increases in hate crimes against Muslims due to the toxic climate of hateful rhetoric. In 2012, a violent hatemotivated attack on a Sikh temple in Wisconsin highlighted the fact that Islamophobia is not just an issue that only impacts Muslims in America. Meanwhile, underscored by the horrific murders of three University of North Carolina students, there continues to be widespread racial profiling, hate crimes and bullying in educational environments throughout the country. This program will benefit participants interested in learning more about Islam and Islamophobia, providing needed context to bridge divides.