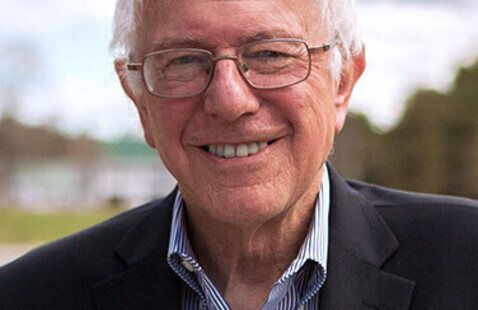 Bernie Sanders is serving his third term in the U.S. Senate after winning re-election in 2018. His previous 16 years in the House of Representatives make him the longest serving independent member of Congress in American history.

Born in 1941 in Brooklyn, Sanders attended James Madison High School, Brooklyn College and the University of Chicago. After graduating in 1964, he moved to Vermont. In 1981, he was elected (by 10 votes) to the first of four terms as mayor of Burlington. Sanders lectured at the John F. Kennedy School of Government at Harvard and at Hamilton College in upstate New York before his 1990 election as Vermont’s at-large member in Congress.

The Almanac of American Politics calls Sanders a “practical and successful legislator.” Throughout his career he has focused on the shrinking American middle class and the growing income and wealth gaps in the United States. As chairman of the Senate Committee on Veterans’ Affairs, Sanders in 2014 passed legislation reforming the VA health care system. Congressional Quarterly said he was able “to bridge Washington’s toxic partisan divide and cut one of the most significant deals in years.”

Today, Sanders remains on the veterans committee and was tapped by Senate leadership to be the ranking member of the Senate Budget Committee. He also serves on the Environment and Public Works Committee, where he has focused on global warming and rebuilding our nation’s crumbling infrastructure. He is a member of the Energy and Natural Resources Committee, where he has championed efforts to transform our energy system from fossil fuels to renewable power sources like solar and wind. He also sits on the Health, Education, Labor and Pensions Committee, where he has fought for greater access to affordable health care and improved education programs from pre-K to college. 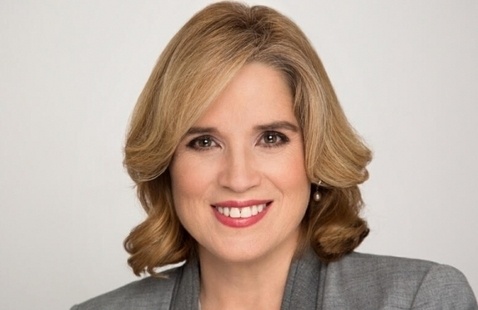 Carmen Yulín Cruz is the author of El Poder está en la Calle (Power is in the Street). In it, she writes about the struggles and experiences of the people, and how rewarding it can be to find their own power to change society and to change the country. For Carmen Yulín Cruz, the principles of justice and equality are her ultimate passion and commitment in life.

At Carnegie Mellon, she was the first student to receive the Spirit Award, now known as the Barbara Jenkins Award, an honor bestowed upon the student who elicited a positive impact on the quality of life of other students, in and out of the classroom.

After graduating from Carnegie Mellon, Yulín was hired by Westinghouse to be part of their highly selective program for the development of managers in human resources. She subsequently worked as the human resources director for the Office of Thrift Supervision in the U.S. Department of the Treasury.

In 1992, she moved back to Puerto Rico and served as manager and director of human resources for various companies in the private sector, such as Colgate-Palmolive, Banco Popular de Puerto Rico, Cellular One (now AT&T) and Scotiabank.

However, her true passion called her and she decided to return to the public sector. First, she became an advisor to the then-Mayor of San Juan, Sila María Calderón, and then went on to advise the Speaker of the Puerto Rico House of Representatives, until finding her own path and deciding to run for office.