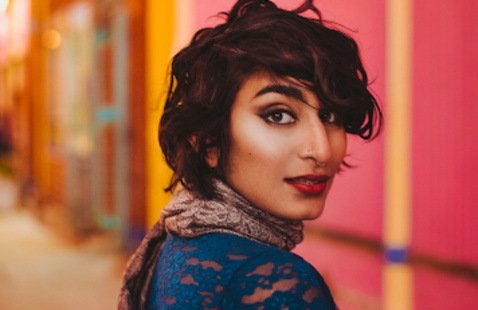 Fatimah Asghar is a poet, filmmaker, educator and performer.  Her work has appeared in many journals, including  POETRY Magazine, Gulf Coast, BuzzFeed Reader, The Margins, The Offing, Academy of American Poets and many others.  Her work has been featured on new outlets like PBS, NPR, Time, Teen Vogue, Huffington Post, and others. In 2011 she created a spoken word poetry group in Bosnia and Herzegovina called REFLEKS while on a Fulbright studying theater in post-genocidal countries. She is a member of the Dark Noise Collective and a Kundiman Fellow. She is the writer and co-creator of Brown Girls, an Emmy-Nominated web series that highlights friendships between women of color. In 2017 she was awarded the Ruth Lily and Dorothy Sargent Rosenberg Fellowship from the Poetry Foundation and was featured on the Forbes’ 30 Under 30 list. Her debut book of poems, If They Come For Us, was released One World/ Random House, August 2018. Along with Safia Elhillo, she is the editor of Halal If You Hear Me, an anthology that celebrates Muslim writers who are also women, queer, gender nonconforming and/or trans. 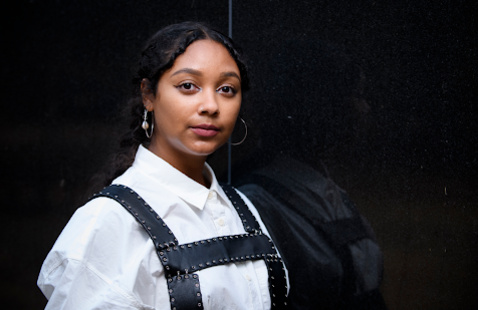 Safia Elhillo is the author of The January Children (University of Nebraska Press, 2017), which received the the Sillerman First Book Prize for African Poets and an Arab American Book Award, Girls That Never Die (One World/Random House, 2022), and the novel in verse Home Is Not A Country (Make Me A World/Random House, 2021), which was longlisted for the National Book Award and received a Coretta Scott King Book Award Author Honor.

Sudanese by way of Washington, DC, Safia received the 2015 Brunel International African Poetry Prize, and was listed in Forbes Africa’s 2018 “30 Under 30.” Her work appears in POETRY Magazine, Callaloo, and The Academy of American Poets’ Poem-a-day series, among others, and in anthologies including The BreakBeat Poets: New American Poetry in the Age of Hip-Hop and The Penguin Book of Migration Literature. Her work has been translated into several languages, and commissioned by Under Armour, Cuyana, and the Bavarian State Ballet. With Fatimah Asghar, she is co-editor of the anthology Halal If You Hear Me (Haymarket Books, 2019).

Her fellowships include a Ruth Lilly and Dorothy Sargent Rosenberg Fellowship from the Poetry Foundation, Cave Canem, and a Wallace Stegner Fellowship from Stanford University.