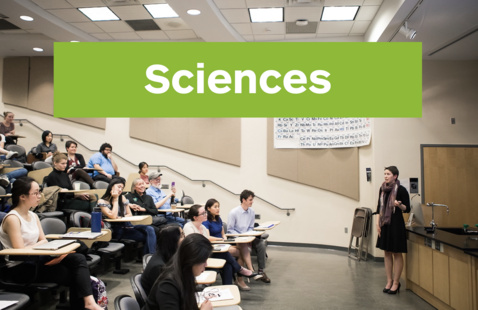 Transnational adoption, also known as intercountry adoption or international adoption, is when a person/two people become legal guardians of a child who was born in a country that is different from their own. Transnational adoption currently makes up approximately 40% of all adoptions in the United States1 . Due to the model minority myth, Asians are deemed as more assimilable, more intelligent, and more hardworking than any other racial minority group, and therefore adopting Asian children is more favorable for caucasian parents2 . Transnational adoptees go through many experiences throughout their life that lead them to become culturally isolated from both their birth culture and the culture they were raised in, they don’t always feel like they belong socially with their community, friends, and sometimes even their family, and they are exposed to racism very early on because usually transnational adoptees are raised in communities that are primarily white.

This study is a qualitative interview project that intends to explore the experiences and perspectives of bisexual+ Asian American women in terms of their identity and the different intersections of their identities. As a note, bisexual+ refers to bisexual, pansexual, polysexual, queer, and other sexual identities that indicate attraction to more than one gender. Existing literature suggests that individuals of multiple minority identities are subject to increased marginalization compared to individuals with fewer or one minority identity1 .

The present research aims to address this gap in literature by gaining insight on how bisexual+ Asian American women experience, perceive, and connect to each of their identities and the different intersections of their identities. As a part of the data collection, 8 bisexual+ Asian American women have participated in in-depth semi-structured qualitative one-on-one interviews over the phone or Zoom. They were asked questions about their racial/ethnic, gender, and sexual identities, the different intersections of their identities, and what community and representation may look like for bisexual+ Asian American women. Afterward, interpretative phenomenological analysis 4 has been used to organize and analyze the data.
1 Balsam, K. F., Molina, Y., Beadnell, B., Simoni, J., & Walters, K. (2011). Measuring multiple minority
stress: The LGBT People of Color Microaggressions Scale. Cultural Diversity and Ethnic Minority
Psychology, 17, 163–174.
2 Ching, T. H. W., Lee, S. Y., Chen, J., So, R. P., & Williams, M. T. (2018). A model of intersectional stress and trauma in Asian American sexual and gender minorities. Psychology of Violence, 8(6), 657–668.
3 Choi, A. Y., & Israel, T. (2016). Centralizing the psychology of sexual minority Asian and Pacific Islander Americans. Psychology of Sexual Orientation and Gender Diversity, 3(3), 345–356.
4 Smith, J. A., Flowers, P., & Larkin, M. (2009). Interpretative Phenomenological Analysis: Theory,
Method and Research. SAGE.

It is the endeavour of this research to bridge this crucial gap in existing literature by amplifying the voices of those who are silent – and have been silenced – in both academia and the popular imaginary. This intersectional invisibility – the tendency to not recognise individuals with multiple marginalised social identities as central members of the groups that they belong to, and identify with – has made visibility impossible for my participants (whom I prefer to refer to as my interlocutors in an effort to mitigate researcher-participant power dynamics).3 As this is a project undertaken with the paradigm of participatory based community research, I share my identities with the population I am learning from and with.

My main sources as I work on this project have been published academic writings on sexual violence in the aforementioned contexts. However, my most crucial source is being created as this project takes shape – the responses that I receive to my anonymous survey are the singular central source to this project, especially given the clear past dearth of research in this field.

My main research question in this new field of research is as follows: what barriers to support and care do queer survivors of sexual violence from India between the ages of 18-25 face? In exploring this question with my interlocutors, we will create new knowledge that will be used as the groundwork for interventions that are rooted in the lived experiences of a diverse, and yet overlooked population.
1 Renu Khanna, “Communal Violence in Gujarat, India: Impact of Sexual Violence and
Responsibilities of the Health Care System,” Reproductive Health Matters 16, no. 31 (2008): pp. 142-
152.
2 Kimberly F. Balsam and Dawn M. Szymanski, “Relationship Quality and Domestic Violence in
Women’s Same-Sex Relationships: The Role of Minority Stress,” Psychology of Women Quarterly 29
(2005): pp. 258-269; Gabriel R. Murchison, Melanie A. Boyd, and John E. Pachankis, “Minority Stress
and the Risk of Unwanted Sexual Experiences in LGBQ Undergraduates,” Sex Roles 77 (2017): pp.
221-238.
3
Valerie Purdie-Vaughns and Richard P. Eibach, “Intersectional Invisibility: The Distinctive
Advantages and Disadvantages of Multiple Subordinate-Group Identities,” Sex Roles 59, no. 5 (2008):
pp. 377-391.

Skylar Hou, Psychology and Education
Students with Dyslexia in China: Experiences and Sense-Making from the Perspectives of the Students and Others Around Them
Project advisor: Jennifer Jacoby

Dyslexia is a distinctive and persistent learning difference in reading and writing despite normal intelligence and adequate education. It affects around 20% of the global population from all cultural and socio-economic backgrounds1 . In China (PRC), around 15 million students exhibit symptoms of dyslexia. In a society with cut-throat education competitions, China’s institutional support for learning disabilities such as dyslexia is sorely absent. Furthermore, the public awareness of dyslexia in China is less than 1%.2

This project examined the experiences and sense-making around having dyslexia in China, both from the perspectives of the students with dyslexia and the people around them. The Ecology of Human Development3 served as the theoretical framework for understanding the dynamics that surround the students. The project design adopted Interpretative Phenomenological Analysis4 through in-depth, semi-structured interviews with 3 cohorts of participants. Each cohort centered around a student with dyslexia in the Chinese school system and at least one person representing one of the student’s microsystems. Through explorations of descriptive and interpretative accounts from the participants, the research presented the current reality that the participants face. The project findings contribute to increasing awareness about this marginalized group and to initiate a discourse on providing support for students with dyslexia in China.
1 International Dyslexia Association. (2017, September 28). Definition Consensus Project. International
Dyslexia Association.
2 Xinhua News Agency. (2016, June 23). 我国约有 1500 万名学生受读写困难困扰 公众认知度不足 1%
[Approximately 15 million students in China suffer from dyslexia, public awareness is less than 1%].
Xinhua News.
3 Bronfenbrenner, U. (1979). The ecology of human development: Experiments by nature and design.
Harvard university press.
4 Smith, J., Flowers, P., & Larkin, M. (2009). Interpretative phenomenological analysis: theory, method and research. SAGE publications.

Sophia Jung, Psychology and Education
Who Do You Trust?: The Effects of Meditation on Perceived Trustworthiness of White and Asian Americans Through Stress and Visual Attention Using a Virtual Reality Method
Project Advisor: Dr. John Tawa

Many studies have been done to look at general trustworthiness between in-group and out-group members using trust and investment games. However, the effects of meditation on trustworthiness towards White and Asian Americans have not been thoroughly studied. This study aims to examine the effects of Loving Kindness Meditation (LKM) on perceived trustworthiness towards in-group and out-group members using a virtual reality device with embedded eye tracking, and to see if visual attention and stress mediates the relationship between LKM and perceived trust. It has been found that ingroup members are more trusting and faster at trusting those who belong in the same group compared to out-group members. In addition, people who experience acute stress are more likely to engage in less trusting behavior and decisions.