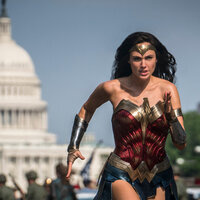 Join us for this lecture by Chelsea McCracken '09,  Assistant Professor of Media Studies at SUNY Oneonta.

Hollywood filmmaking, particularly big-budget blockbusters, have historically been dominated by male characters and perspectives. With the success of films like Wonder Woman (Patty Jenkins, 2017) and the addition of central female characters in the Star Wars canon, is this changing? Is the future female? Or are characters like Rey and Diana tokenized figures used to feign diversity and draw in a wider audience base? This talk will examine the role of women in contemporary blockbuster films through the use of videographic analysis techniques, specifically by reediting films to include only female dialogue.

McCracken graduated from Mount Holyoke in 2009 and went on to get her doctorate at the University of Wisconsin, Madison. Her love of filmmaking has led her to examine media industries from feminist and LGBTQ perspectives, and she incorporates her production skills in her analyses of mainstream media texts.