They Came to Stay/A World of Their Own

By Dean of Students, Office of Diversity, Equity and Inclusion, Religious and Spiritual Life 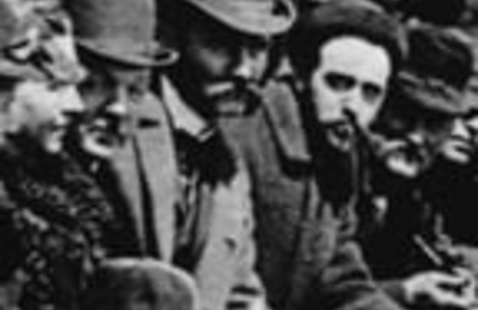 In the 1700s, a small number of Jews came to America, struggling to hold fast to their faith and heritage while becoming part of the emerging nation. Though they fought in the American Revolution, they were at best tolerated, at worst shunned - becoming ready scapegoats in times of crisis. Even after the U.S. constitution guaranteed freedom of religion, states had the power to prevent Jews from voting and their status remained uneasy. During the 19th century, German-speaking Jews arrived from central Europe, becoming peddlers, selling provisions to farmers and those heading west. The Civil War found Jewish Americans fighting on both sides of the struggle, while coping with antisemitism in both the north and south.

Dean of Students, Office of Diversity, Equity and Inclusion, Religious and Spiritual Life

You can access this film via kanopy if you have a Mount Holyoke account but we will also screen it live from 9–11 am.

Please register to join us via Zoom.